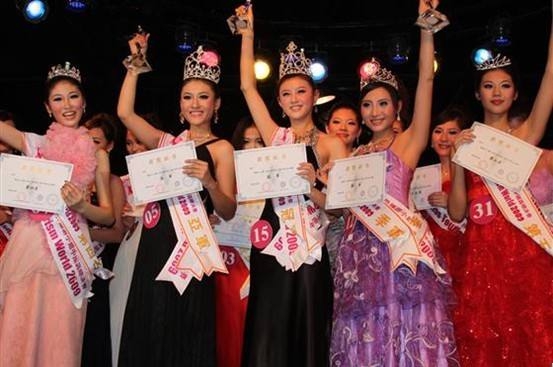 This mission of this article is to offer western men a basic primer in understanding American Born Chinese Women (ABC women), including what they all have in common as Chinese American women as well as the cultural differences between them due to what part of china they originated from. The specific focus of this article, which I will be coming back to again and again, is how these commonalities and differences form ABC women’s expectations when it comes to finding a boyfriend or a husband. Interestingly, as ABC women, they may themselves not be consciously aware of some of their cultural subtleties, but whether they are or not, these ancestral roots most definitely play a part in the formation of their identities. Having an introductory knowledge of these regional differences will allow western men who are attracted to ABC women an insider’s view into the psyche of their object of desire, as well as give them an added edge when it comes to understanding the makeup of various western born Chinese women.

What All ABC Women Have In Common?

Regardless of the region of China any ABC Woman’s family originated from, all ABC women have one overriding and important commonality: They were all born in America. As such, from the time they can walk and talk, they are both consciously and unconsciously destined at times to live a life of duality. What I mean by this, is that both the society of their ethnicity, in the form of family and Chinese friends and the western society they have been born into, compete throughout their lives for allegiance as well as how influential each culture is to their emerging identity. Each culture has its pluses and minuses for the ABC woman, but when both are at work they can cause confusion, resentment and discrimination in the same person.

Practical examples of this include how their physicality is judged by both cultures. In China, the model woman has dark hair, pale skin, and ironically “Caucasian” eyes, going to the extremity of surgery to produce double lids and pupil enlarging contact lenses. In America, the ideal ABC woman tends to be more athletic in build and looks, and her eyes are prized for being almond shaped and single lidded. ABC Women also have to contend with stereotypes including being part of the “model minority”, being smart to the point of nerdiness and, confusingly, being shy and demure! In addition, ABC women often have to contend with families who want them to conform to “the old ways” even though they are being raised in America, as well as a noticeable lack of positive ABC role models in the entertainment and media fields. Finally, all ABC women will have to deal with certain western men who believe having a “thing” for Asian women is a rite of passage or passing phase and will have to discern if these men actually like them for who they are or just because they are Chinese.

Despite all of the contradictory and challenging facets of being an ABC woman, many of them fiercely love being American, to the point, unfortunately, that at times during their lives, such as their adolescence, they may denounce their Chinese culture and rebel against Chinese cultural norms to prove allegiance to the country of their birth. This can cause guilt and shame later in their lives, despite their devotion when identifying as Chinese American.

Westerners are often willfully ignorant when it comes to the region of China an ABC woman is originally from. In the same way racist people think all Asians look alike, there is a subtler form of prejudice when it comes to not understanding the unique cultural differences of Chinese from Mainland China, Hong Kong and Taiwan. The balance of this article will explore these differences, as well as how they may specifically affect how ABC women choose their boyfriends and husbands.

An Inside View of Mainland China’s Women

ABC Women who have been brought up by family from Mainland China may be influenced by the following cultural norms:

ABC women with roots in Mainland China have been raised to look for boyfriends who initially take charge, in the manner that they have a clear idea of their intentions and can plan and organize dates with ease and efficiency. This is in keeping with being culturally more traditional and doesn’t mean that the ABC woman you are dating has no mind of her own. She just needs to make sure you are capable of handling the organization of a date. Once she is confident of your intentions and comfortable being with you, she will have no problem communicating her wishes and desires!

ABC women from Mainland China, especially those who are not from the big cities, are usually looking for more stable and permanent relationships. You need to communicate your intentions honestly at the get go so that she understands exactly what type of relationship you are seeking. Honesty is key.

When you date an ABC woman with a Mainland Chinese family, you are in effect, dating her entire family! In other words, it WILL matter, very much how her family feels about you. If they like you, you get to stay. If they don’t, you have very choppy water to navigate in order to keep dating their girl.

As mentioned above, many ABC women raised by Mainland Chinese, have been taught to commit to serious relationships that lead to marriage. Therefore, if you have been deemed good boyfriend material from her AND her family, you have also been vetted as good husband material. When it comes to husbands, you must think of her good reputation and remember, that because you are western, your behavior may not necessarily be held against you, but it will surely reflect against her! You can also pretty much be sure that an ABC woman’s Mainland Chinese family is counting on you to be genuine, honorable and able to provide for her, regardless of her career, and your future children.

The Secrets of Hong Kong Women

At first glance, the best comparison we have in America of a “typical” Hong Kong Woman is any woman raised in New York City.  Similarly, large, densely populated, aggressively fast paced and loyal to its “If you can make it there, you can make it anywhere” attitude, Hong Kong rather than strictly traditional family values tends to “make the girl”. Transplanted ABC women, from Hong Kong families may be influenced by the following cultural norms:

In much more keeping with Western society, women in Hong Kong are as interested in your career, as who you are as a person. ABC women raised by Hong Kong Families have ben taught to interrogate prospective beaus about career goals and prospects as well as the detailed plans you have for making lots of money. Doctors, Lawyers, Dentists and Financial Professionals are all highly revered as prospective boyfriends – at the very least you should be serious about your career and its potential to earn you a comfortable living.

Hong Kong Families also believe that clothes DO make the man and notice when men dress to impress, even for casual events and gatherings.

Hong Kong women take great pride in their achievements and expect you to take more than a passing interest in them as well.

Even though women in Hong Kong are taught to understand the typical patriarchal society of traditional China, they expect to be treated as equal partners in their marriages. They also need and want husbands who are manly enough to take care of them but playful enough to encourage their seriously romantic and sometimes teenage “girly” side. ABC women from Hong Kong roots tend to be a study in duality and require a balanced partner who can ebb and flow with their somewhat complicated natures.

The Cultural Norms and Challenges of Women From Taiwan

Although ABC women with Family roots in Taiwan are considered Chinese, therein lies controversy. Taiwan, otherwise known as The “Island of Women” wasn’t always Chinese. Generationally, older Taiwanese consider themselves Chinese, but the younger generations do not always agree. Contemporary Taiwan is undergoing many changes and ABC women with Taiwan roots may have already been exposed to women’s rights issues that are similar to those in the western world. The following are cultural anomalies that exist in Taiwan that may influence the identity and character of Taiwanese ABC women:

Taiwanese ABC women tend to be more proactive in their approach to finding a boyfriend. The initial assumption of submissiveness that other Chinese women may put forth, is not as traditional with them.  In return, they expect prospective boyfriends to be open and honest about their intentions. They will not view your initial vulnerability as weakness.

In keeping with Guanxi tradition, Taiwanese ABC girls may use social connections and networking to find prospective boyfriends, and you should follow suit, as it will make her feel more comfortable to work within trusted boundaries.

An interesting Taiwanese tradition is that when a woman married, she effectively left her family of birth and became a daughter to her husband’s family. While this is not strictly held in contemporary Taiwan, wives still celebrate certain holidays with the family of their husbands. An ABC woman with Taiwanese roots may take more interest in your family than a typical fiancé, as in effect she is marrying into your family and not just you.

Hopefully this article has provided you with some interesting and practical insight into the general commonalities as well as the subtle but unique differences of the varied ancestry of ABC women. What is most important, is to remember that these women are first and foremost, American born and raised. As mentioned in the beginning of this article they have learned to deal with the duality of being American born yet culturally Chinese from a very early age – truly the last thing they probably want, or need is a prospective boyfriend challenging or making stereotypical assumptions about their identity. If instead, they are approached with respect, interest and enthusiasm for both their ancestral roots and their unique American experience ABC women are much more likely to take a mutual interest in you. Your attraction to ABC women is not unusual nor should it be stereotyped as “a passing phase”, but it could form the foundation of a solid relationship if it is entered upon with honesty and kindness.

Please do not assume that every ABC woman you chance to meet will fall into one of these very general categories. Everyone regardless of their place or birth and/or their cultural roots, is different and should be treated as a unique being deserving of the chance to reveal who and what they are to who they choose to do so. I am sure there are general commonalities and cultural differences in your background that, if revealed, might give added insight into your character, but I also am willing to bet, you would not appreciate being classified solely upon their merits. That being said, I wish you well in your pursuit of happiness!